This post is a supplement to Calculating Returns for Two Kinds of Servicing Fee Schemes.

In the previous post I explored the question of why an investor in Lending Club loans may desire early payment by the borrower, conditional on how servicing fees are levied as well as on the sequence of payments \(\{A_i\}\). I assumed a couple of “simple” instances of \(\{A_i\}\) to make my case, but it’s easy to imagine the more general question of what the best \(\{A_i\}\) an investor could hope for, given \(m\), might be. From an investing standpoint, this isn’t really a useful question to ask—after all, investors don’t get to choose how the borrower repays. But it sounds like it might be an interesting math problem, so why not?

We can reuse the functions from the previous post, modifying gen_A_seq accordingly:

Also keeping with the previous post, let’s make the test case a loan with $1000 principal and 15% annual interest rate, with service fee rate \(s_1\) equal to 1.3% per annum. 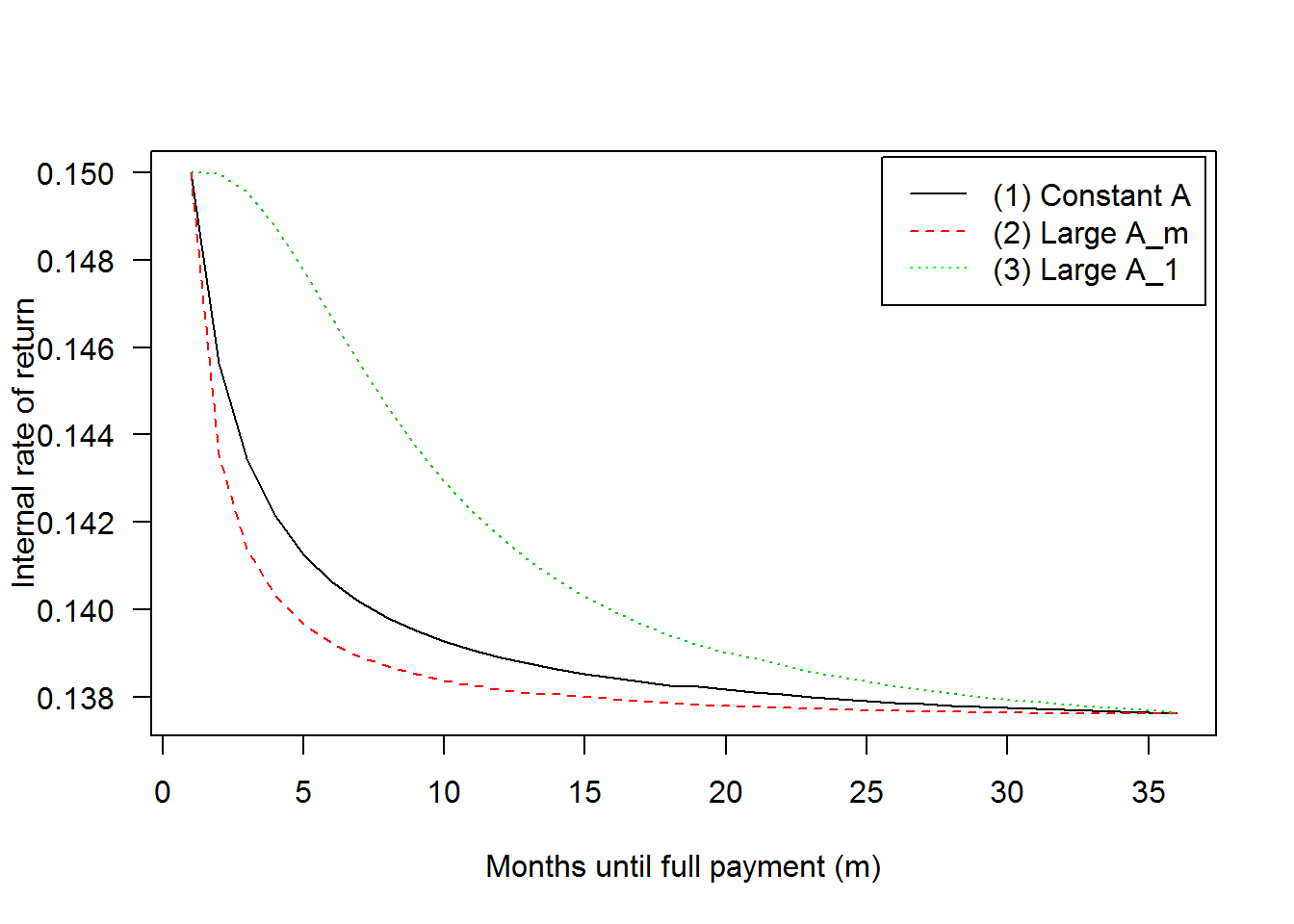 Sequence (3) is rather extreme in that payment is front-loaded as much as possible without violating any of the constraints. As it turns out, it is also optimal. To prove it, I’ll use (3) as a starting point and show that moving part of payment \(A_1\) downstream to \(A_j\) (the only permissible action since only \(A_1\) is not already bound by a constraint) cannot increase \(R_1\). Since any permissible \(\{A_i\}\) (given \(m\)) can be constructed starting from (3) and redistributing payment from \(A_1\), it will follow that (3) must be the optimal sequence.